I am only just accepting what happened. 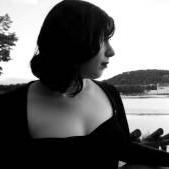