The mind is a VERY, VERY tricky thing.

This will be a short-ish entry as I'd like to share something that happened last night.    (Or it might be a medium-length entry, as you know I'm VERY susceptible to rambling!  We'll just have to see how it all flows!)  This should NOT trigger - it's not that kind of 'happened.'  But JUST in case - I will issue a SMALL trigger warning for a recovered memory, sorta - the memory itself isn't triggering, but you know - I'm thinking this has happened to some of you before and although it's not triggering, it's a little bit unsettling.

Last night, after the kids had gone back to their father's, J and I went to the store to pick up some food and snacks and desserts.  Her Patriots are in the Super Bowl - AGAIN - so naturally, I am happy for her if her team wins - they'd earned it at this point - but...secretly, I'm rooting for the Rams.

Yes, I'm a little salty that my Giants/Jets (hometown teams) and Eagles (local team) didn't make it this year, but it seems that those damned Patriots are in it EVERY year!  So, like MANY, I'm rooting for anybody BUT the Patriots!

Anyway - my love decided she wanted to have a party and since her work friends (including boss lady) got her into playing Fantasy Football and they'd been following the NFL since the start of this previous season - she wanted to invite them to our place for the game/food/drinks.  (I balanced the guest list out a little by inviting MY bowling friend and her husband - I'm NOT entirely comfortable about meeting some of J's other friends, but I did promise to get to know them in more 'comfortable' settings!)  So...counting us, we will have eight people here tonight.  We needed alcohol - as MOST of the people coming tonight are heavy drinkers (boss lady, especially) and we needed a bunch of snacks, food, etc.

OK, so we're coming home...our local town is a small-town type - there's a Main Street, with little shops, some fast-food joints, tailors, a bank, a diner, a Dunkin' Donuts, pizzeria, ice cream parlor.  There is also a very small cinema house - I want to say they feature OLD movies, and they charge maybe $1.00 to get in - but these movies are mostly ones that we can buy from the bargain bin at Wal-Mart in most cases.  We do have a regular Cinemark (for the new releases and the recent big-screen movies) at the mall, so fear not, there IS somewhere we can go to see something new.

So, on our way home from the store, we pass all these little shops, and the movie house - it's one of those old-style ones where there's an awning over the box office, almost - with the name of the movie on the side....I have NO idea what these are called, so I'm putting a photo as an example: 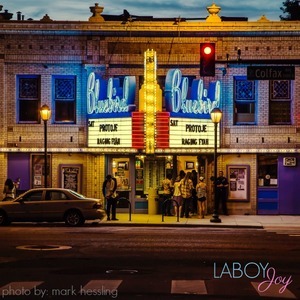 Note - This is NOT my local small-town theater - ours is much more plain.  We don't have the fancy lighting shown up top, just the sides are similar - this is where they let us know what's playing and usually, we'll pass by there and I'll smile - last week they showed "Marmaduke,' and during the holiday time, they showed 'Home Alone.'

So - last night's 'feature' was missed, as I got caught on the phrase, "Stan and Ollie are here!"  The letters on the side spelled this out - perhaps the name of the movie was on the other side - or perhaps it was under the phrase advertising the return of Stan and Ollie, whoever these two were.  I didn't bother to look, though.  My brain was ALREADY racing.  Stan and Ollie.  Stan.  Ollie.

Stan and Ollie.  I don't know who they are.  Indeed not as Stan and Ollie.  If you were to ask me, "who are Stan and Ollie?" I'd likely have shrugged because yes, while I'd heard of the duo before, I wasn't sure who they were.  They were just another duo, one of the unknown ones that you'd heard but didn't have faces for.  And there are SO many famous duos - there's Thelma and Louise.  Ozzie and Harriet.  Punch and Judy.  Simon and Garfunkel.  Siskel and Ebert.  But almost immediately after reading the names in THIS duo, I had a mental image of Laurel and Hardy.  Just like that, there they were, in black-and-white, as I'd last seen them.  Laurel with his top-hat and Hardy with the bowl cut hair and badly-maintained toothbrush mustache.

When I was a small child, my uncle (yes - the one I HATE!) used to watch March of the Wooden Soldiers.  On repeat, it seemed.  He had a copy of the VHS tape, and whenever I saw him or he was babysitting, he would ask if I wanted to watch Laurel and Hardy with him - and although I didn't necessarily find this particular movie entertaining, I would still agree to watch March of the Wooden Soldiers.  I was likely four or five - and I was not introduced to closed-captioned television until I was at least 8.  So this movie, to me, was completely visual.  Perhaps as it was one of the duo's 'silent movies,' it was something my uncle felt I could 'follow.'  I honestly would have done better with Tom and Jerry (another duo!) but March of the Wooden Soldiers, it was.

Laurel was the skinny one, Hardy was the stocky one.  Both were equally stupid.  They didn't do a lot of talking in the movie; it was mostly gestures, actions - mostly resulting in either Laurel or Hardy falling into water, getting a pie in the face or injured in an otherwise comical way.  Perhaps that's why I was able to derive a minimal amount of enjoyment of this movie - it wasn't because I understood the plot behind it.  I am sure there was one - and my uncle was able to 'explain' who some of the other players were.  I'd later find out that most of their movies were 'silent' films - makes more sense I'd understand them.

But - to me - Laurel and Hardy were JUST 'Laurel and Hardy.'  A friend confirmed for me last night that their names were indeed Stan Laurel and Oliver Hardy - so this tells me that I've remembered something - something purely out-of-the-blue, as I don't ever remember ever knowing that Laurel and Hardy had first names - or that they were their real names - I'd always thought they were fictional characters - they've always been recognizable to me as just Laurel and Hardy, those stupid, bumbling idiots from those stupid movies my stupid uncle used to watch and burst out in uncontrollable laughter, every single time one of them made a stupid move - says a lot for his own intelligence, I suppose.  (On another note, I am guessing that this is why I find MOST comedy 'stupid.'   That's yet ANOTHER realization I've come to in recent years - I can be made to laugh by a movie, but then there's 'stupid' comedy - I have found that kind of film is more likely to annoy me than make me double over in hysterics!)

This 'recovery' is even more bothersome because I've so closely associated Laurel and Hardy with my uncle.  I'd been doing so well at pretending he didn't exist - being I've no concrete memories of what possibly happened while I was often under his care as a child.  It was just so much easier to do this.  No memory = didn't happen.  I could live with this - as long as I kept him out of sight, too.  There WAS always the possibility of things coming back to the surface, but I'd always thought it would be upon his (delayed) death.  I'd also successfully blocked out anything having to do with Laurel and Hardy, just as I'd blocked out MOST things from that time frame.  It IS possible I knew or heard "Stan and Ollie" back then, but I've absolutely no memory of it.  And then, thirty-five years later, I see Stan and Ollie in bolded text, and BOOM, there's Laurel and Hardy, front row and center of my brain's auditorium!  HOW does that happen???

Is this what happens in the beginning?  Is it like a storm, perhaps?  As they all start off small, bearable and mild...then, before you know it, the elements become fierce, unrelenting, and you eventually find yourself flooded.

I'm GUESSING it's now started to 'drizzle' up in my brain because of my very recent struggles/trigger with having to possibly see my uncle at my nephew's and niece's birthday party.  We've also had additional stressors since my mother dropped this bomb on me (bomb discussed in my last entry) and as I deal with things that are more important (my sick cat), I've chosen to put this into the back of my mind, knowing I have a month and a half before this event is to take place.  That's ample time, right?  I just refuse to give this piece-of-shit ANY importance or any thought - he will NOT destroy me - I said that, of course, after deciding that my nephew and niece are FAR more important to me than he is - and I'd go to their party regardless - even if I had to carry a flask of vodka with me.  I've also some hope that he will eventually say he can't go for whatever reason, or he'll develop a nasty cold or he'll....oh, I don't know....die?  Or my father will be on MY side, and refuse to have any part of chauffeuring him there and back.  This is not likely, as my father, bless his heart - is clueless.

Either way, it would seem that this has been sitting in the background for three weeks and is now starting to rot.  It smells AWFUL.  I cannot explain last night's experience otherwise.

I welcome any thoughts on this - especially those who have recovered memory from seemingly nowhere.

My break from cleaning is over.  Back to the grind.